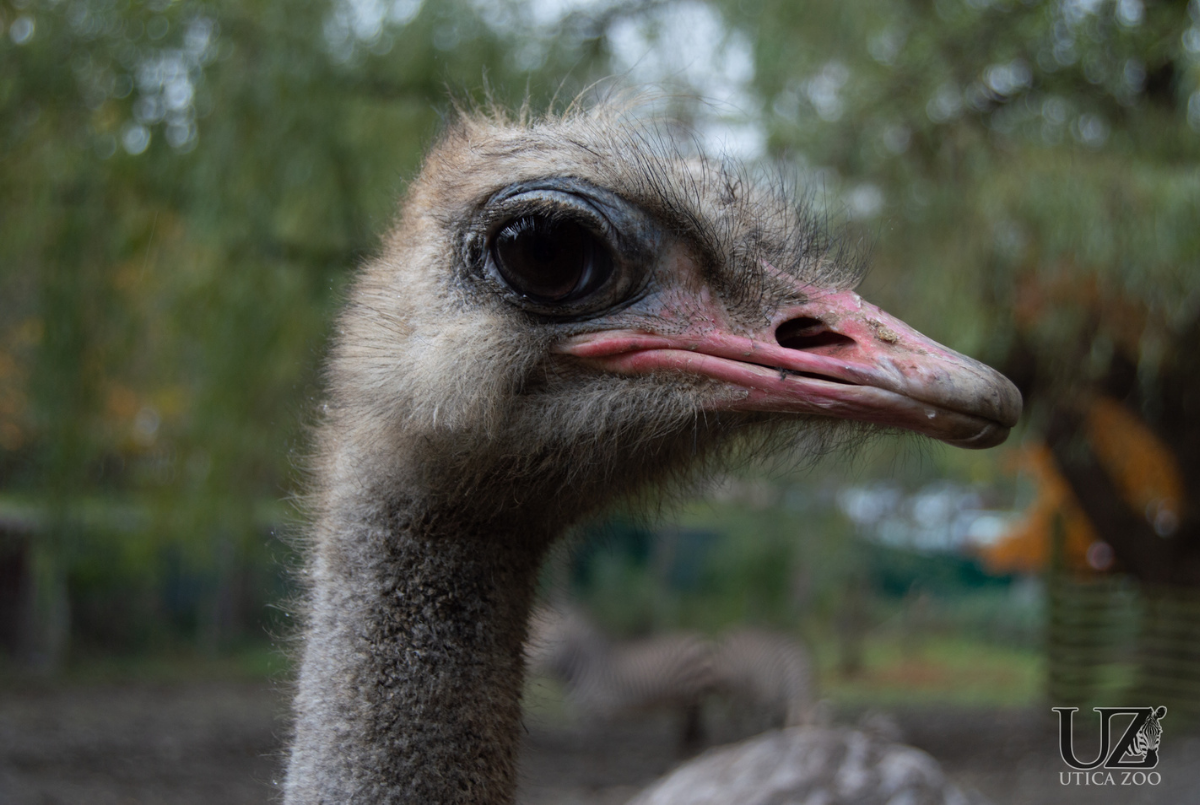 Habitat: While the Common Ostrich can be found all across the African continent, the South African subspecies that we have at the Utica Zoo (S. c. australis) is predominantly found in Angola, Botswana, Democratic Republic of the Congo, Namibia, South Africa, Zambia, and Zimbabwe.

Diet: While the common ostrich primarily graze on roots, flowers, and fruits, they have been known to eat insects, lizards, and small tortoises as well.

Least Concern – a species determined by the International Union for Conservation of Nature (I.U.C.N.) to be pervasive, abundant, and thriving.

Although Ostrich numbers have drastically declined over the last 200 years, they are still classed as ‘Least Concern’. In the 18th century, ostrich feathers were so popular in ladies’ fashion that the ostrich disappeared from all of North Africa. If not for ostrich farming, which began in 1838, the ostrich would probably be extinct. Today, ostriches are farmed and hunted for feathers, skin, meat, eggs, and fat.