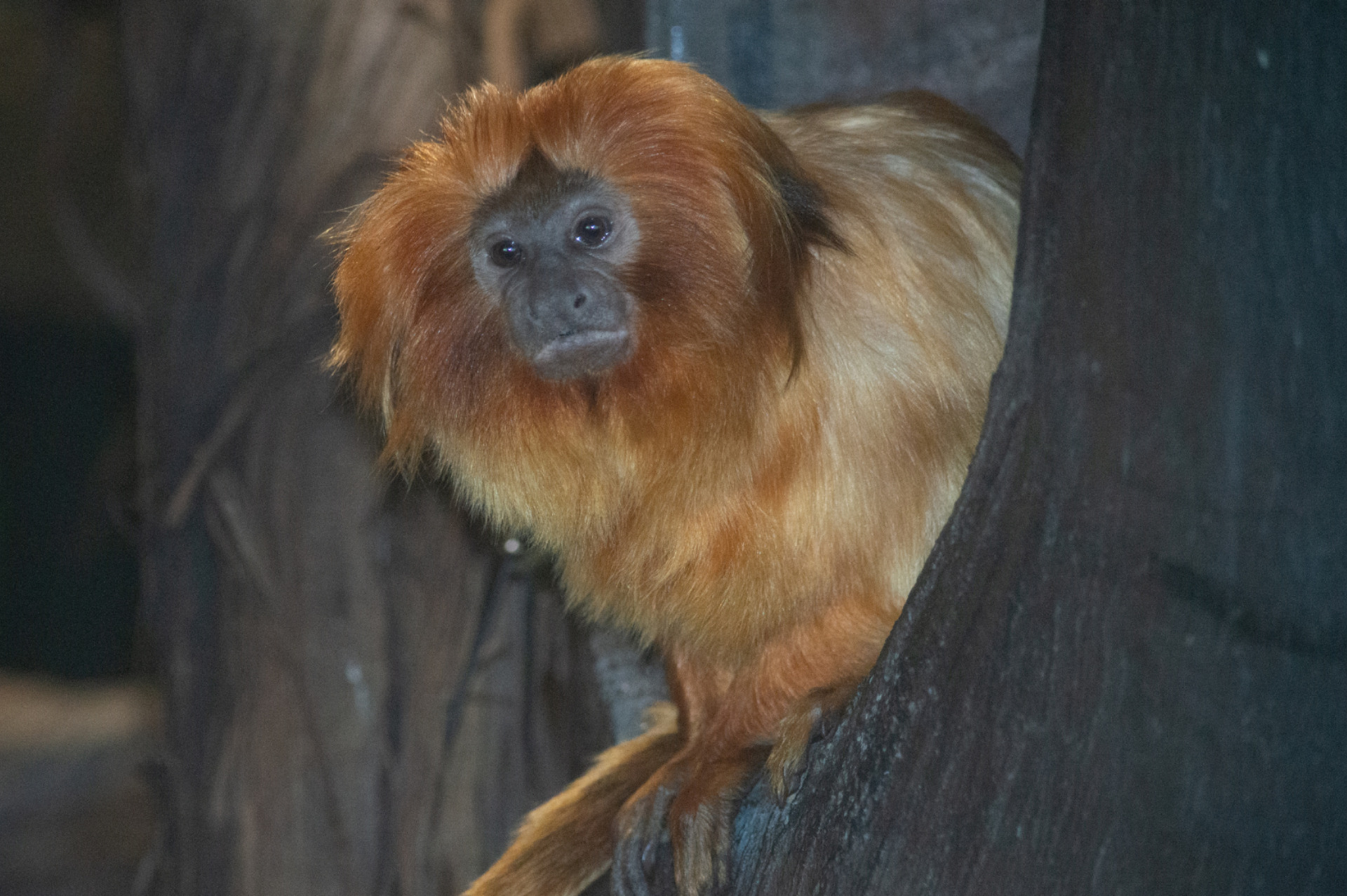 Habitat: Golden lion tamarins are native to the Atlantic coastal forests of Brazil.

Endangered –  a species determined by the International Union for Conservation of Nature (I.U.C.N.) to possess a very high risk of extinction as a result of rapid population declines of 50 to more than 70 percent over the previous 10 years (or three generations), a current population size of fewer than 250 individuals, or other factors.

GLT’s are endangered in their native forest habitats of Brazil. Their habitat has been fragmented into small, unconnected areas, each area only capable of supporting a small number of groups. Without intervention by zoos, wildlife organizations, and the Brazilian government, inbreeding would soon lead to the local extinction of many of these small populations of tamarins, and eventually of the entire species. More than 30 years of conservation efforts have increased the wild population from fewer than 200 to today’s estimated population of 1,600. In order for the wild population to continue to be viable and self-sustaining, the numbers must increase to 2,000 by the year 2025.