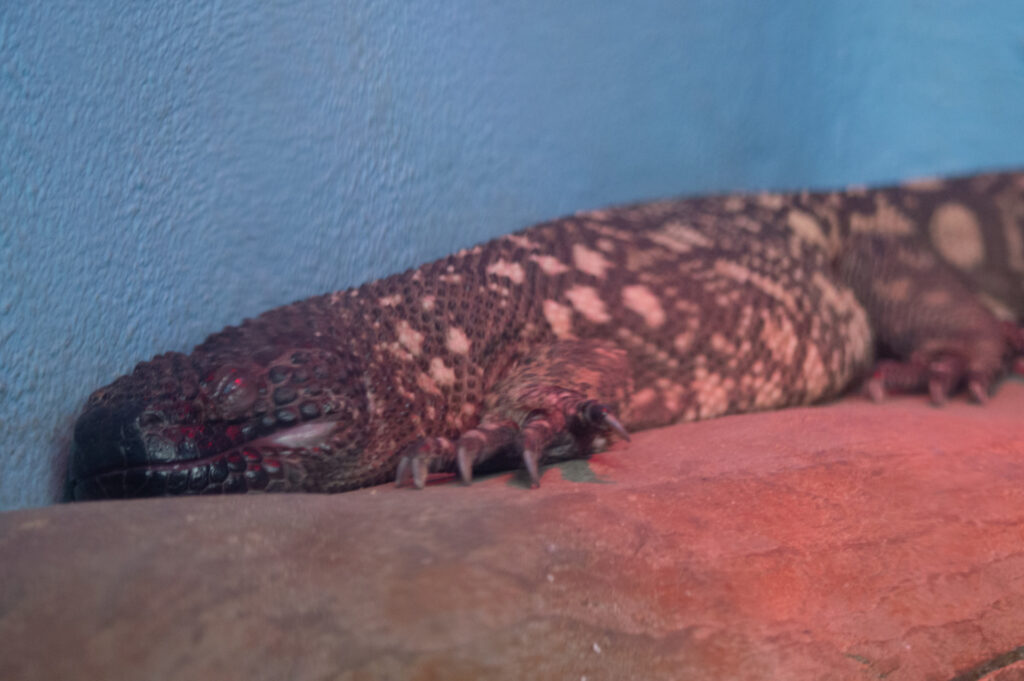 Habitat: Mexican beaded lizards can be found through the deserts and forests of Mexico and Guatemala.

First recorded by German zoologist Arend Wiegmann in 1829, the Mexican beaded lizard was given its genus name Heloderma (meaning “studded skin”) based on its bumpy appearance. However, local humans have a much more superstitious outlook on these lizards and tend to kill them on sight. These superstitions include the ability to cause lightening strikes with its tail and the ability to make a pregnant woman miscarry merely though looking at her. While these two claims are false, the Mexican beaded lizard IS unique in that it is one of the only 2 venomous lizards in the world. Today, the Mexican beaded lizard has been put under protection plans by the Mexican and Guatemalan governments due to the popularity of the lizard amongst poaching and illegal pet trading groups.